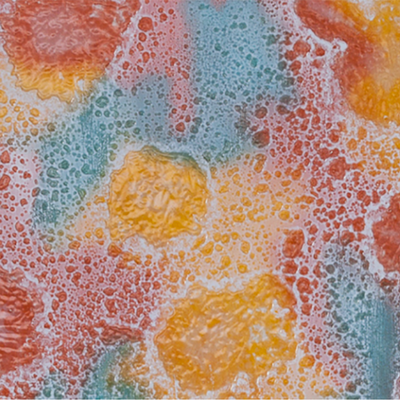 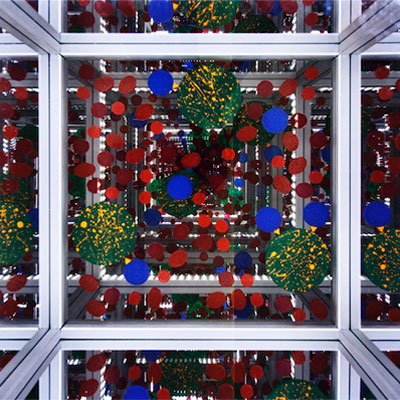 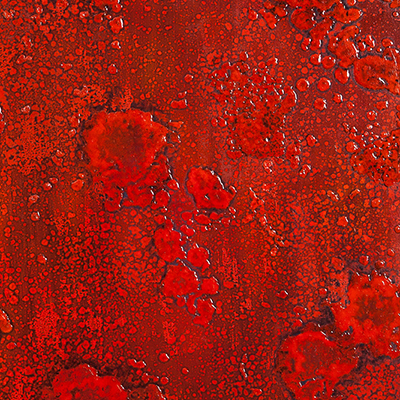 Aisha Cahn is a contemporary British artist whose current series of work titled “Embrace” is inspired by the science of cells, and the narrative of her mother’s experience with cancer. Despite cancer eventually taking her life, the way in which she and Aisha approached the terminal prognosis together, was one of positivity, achieved through advanced medical treatment, faith and spirituality.
Following the passing of her mother, Aisha began researching the science of cells, in particular, cancer cells for her art work. She spent time at laboratories such as Imperial College, Cancer Research UK, and the Royal Free Hospital where incredible progress is being made in finding a cure for cancer through drug development and immunotherapy. During her research, Aisha was particularly drawn towards immunology and worked very closely with the professors at the Royal Free Hospital. The breakthrough discovery that T cells and NK cells can destroy cancer was the initial source of inspiration for her new series “Embrace”, leading her to combine art and science, something which Aisha has always reflected in her work.

Aisha Cahn’s work brings together the disciplines of faith and science through the form of contemporary, conceptual art. She draws her inspiration from the universal themes of faith, art and science. There is an element of spirituality in each of these three disciplines, which is the essence of her work. With her Indian origin, Islamic faith and British nationality, she creates work that aims to connect the Eastern and Western hemispheres.

Aisha is primarily a painter, but this exhibition features various media, including two installations, drawings and silk screen prints.

Her paintings exude colour, calmness, serenity and harmony, all of which are reflected in a contemplative form. The expansion of colour, which is determined by the many tonalities, span across every canvas.

Before she even starts to put paint on canvas, she has already worked through preparatory layers, of research, which is her initial source of inspiration. From these various stages of research, to the final layer of paint on the canvas, which is paramount to the picture plane that she creates, Aisha’s work reflects her very spiritual and philosophical nature. With this form of spirituality Aisha has appreciated the genesis of the creation of the Universe and its Creator.

For this exhibition, Aisha has collaborated with The Royal Free Charities. A percentage of any profit will be donated to the new Immunity and Transplantation Research Centre in Hampstead.

About The Royal Free Charities

The Royal Free Charity aims to help patients have the best experience possible while receiving their medical care. For example, we support patients during their journey in various ways such as massage therapy for cancer patients and companions for dementia patients.

Sometimes this means providing clear information about waiting times, improving the waiting areas or simply providing someone to talk to. Every patient has different needs and wishes, so we endeavour to make each patient feel cared for.

By funding research, the Charity is helping to provide the treatments of the future and the art at this exhibition demonstrates conditions and diseases which are the focus of research in the Institute of Immunity and Transplantation, with the goal of finding better treatments and cures.