Aisha is influenced by and drawn to Western artists. Her work is regarded as a hybrid, bridging the two cultures of East and West, just as the “seen” invites the less understood “unseen” to be experienced by the viewer. By using Arabic calligraphy in her work, the hidden purpose becomes clear when the viewer develops a state of contemplation while trying to make sense of this beautiful, stylized and angular form of text. 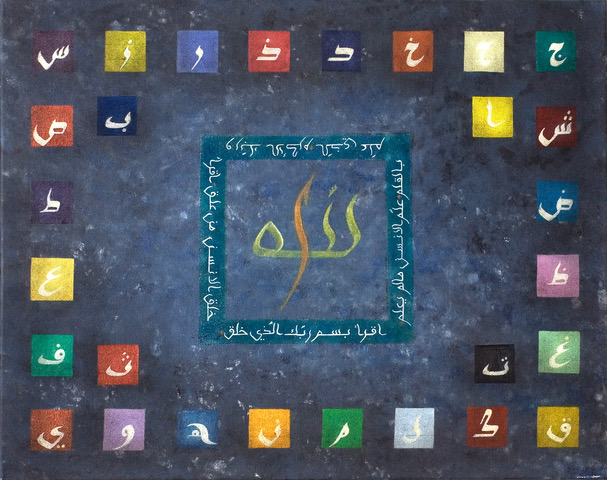 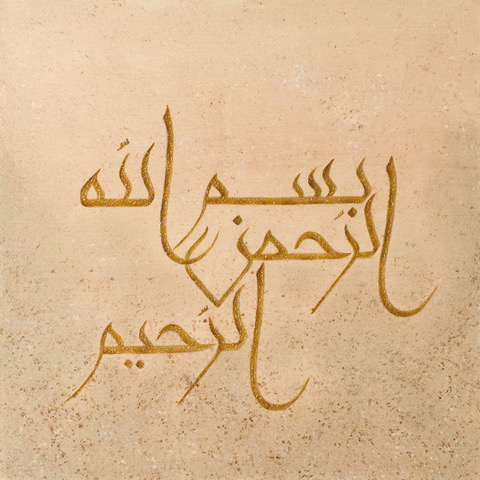 In the name of God, the most compassionate, the most merciful, 2006 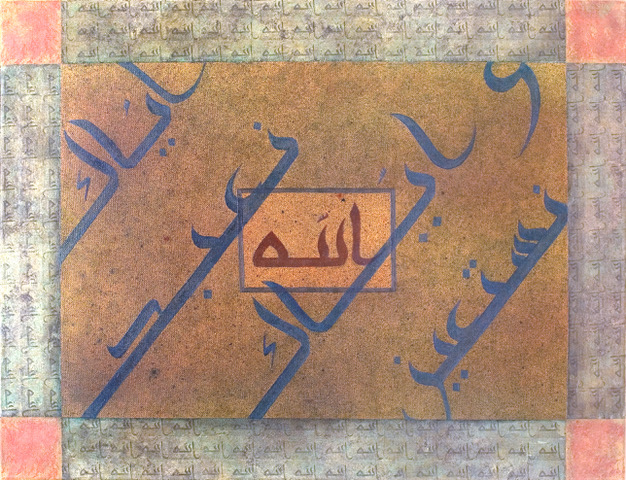